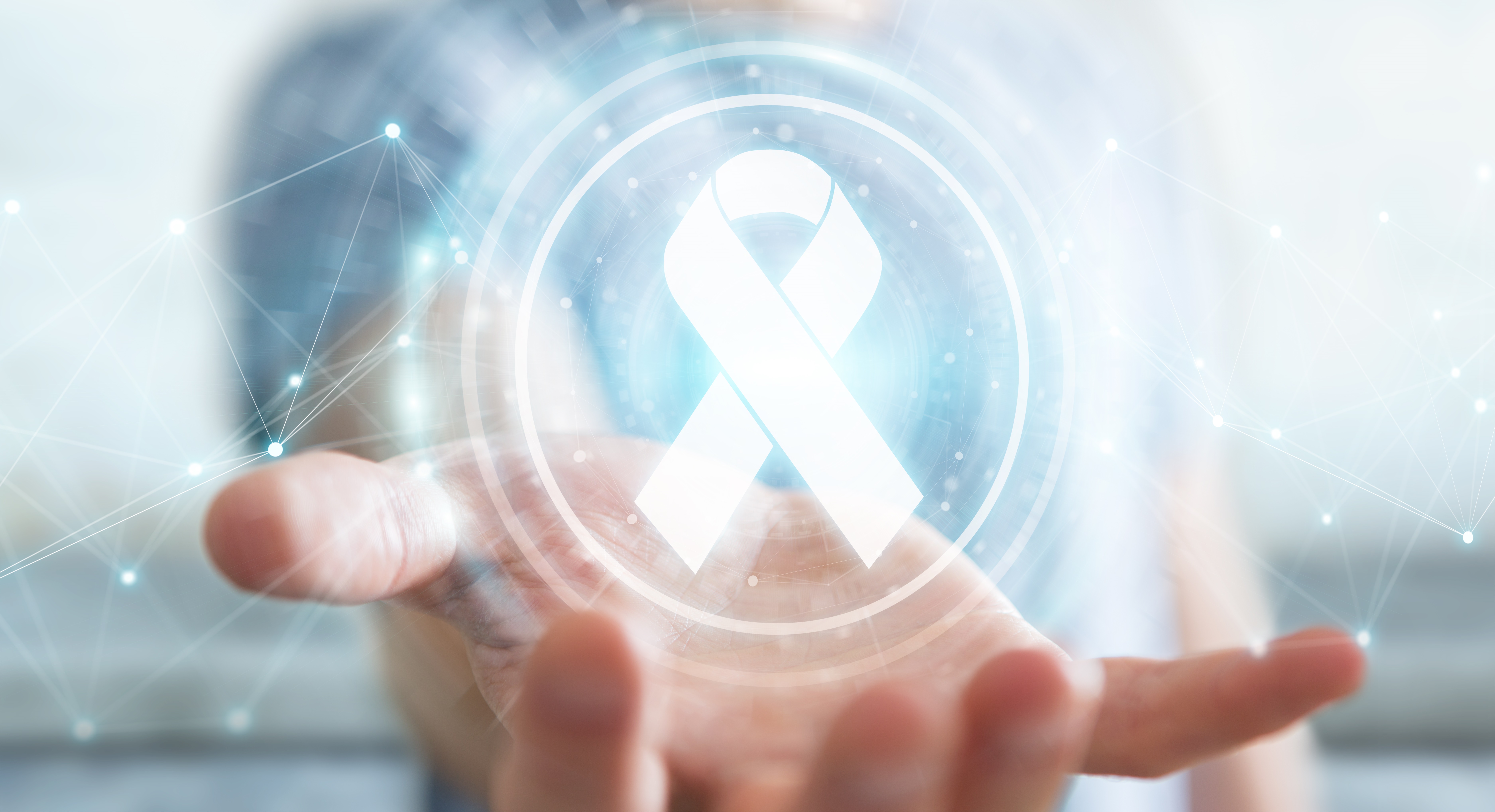 Breast cancer has consistently remained the most common cancer among women in Singapore since the birth of our nation. The incidence has increased dramatically by more than 3-fold in this time period, regardless of age and ethnicity. Between the years 2013 and 2017, more than 2000 new breast cancers were diagnosed each year.

Despite this, there is much good news to share. Early diagnosis and detection through screening and public awareness, as well as the availability of better treatment modalities have led to a 60% improvement in survival rates in the last 50 years. 3 out of 4 breast cancers are now discovered at an early stage, which means patients are suitable for shorter and more tolerable treatment options.

First used in the late 19th century, surgery remains the cornerstone of breast cancer treatment. The vast majority of early breast cancers are cured by surgery, while it continues to play a major role used together with other modalities like chemotherapy and radiotherapy in treating more advanced disease.

We are experiencing a clear paradigm shift in breast cancer surgery. Removing the breast, or mastectomy, was for a very long time the only option that patients have. In recent years, rather than solely focusing on removing the tumour, far more emphasis have been placed in preserving the shape and form of the breast, while minimising potential long term complications. It is now well established that cancer survival can, and should, go hand in hand with the overall physical and psychological well being of the patient.

One of the best ways to detect breast cancers early is to go for regular screening. We encourage women above 40 years old to have annual breast screening, while those above 50 years old should do it every two years.

The preferred method is still the mammogram which uses low-dose X-rays to create images of the breast. In most Asian women, however, the breast tissue tends to be very dense and hence conventional mammogram may miss small lesions. Nowadays, with the availability of 3D mammogram, also known as digital breast tomosynthesis, we can improve the accuracy by as much as 50%. Furthermore, ultrasound of the breasts can be added on to mammogram to further improve the detection rate.

Lumpectomy, or removing the breast cancer together with a margin of healthy breast tissue, was conceived largely in response to the desire among patients to keep their breasts. Since the 1970s, clinical studies have confirmed that this option to be safe and feasible. It has to be emphasised that lumpectomy has to be paired with radiotherapy so that cure rates similar to mastectomy can be achieved.

Up till recently, women with small breast sizes with relatively large tumours were often deemed as unsuitable for lumpectomy, as such a procedure often left a large defect leading to a poor cosmetic outcome. However, 3 recent developments have enabled more women to benefit from such a surgery.

Firstly, the margins that are considered to be safe has dramatically reduced. While early studies demanded removing a full quarter of the breast (quadrantectomy), successive studies have reduced this margin over the years. Currently, it is agreed that a microscopically clear margin is all that is needed. To achieve this, communication and coordination between the surgeon and the pathologist is of paramount importance.

Surgery is often the first treatment that a breast cancer patient goes through, with a combination of chemotherapy, hormonal therapy and/or radiotherapy given thereafter. The realisation that giving chemotherapy first, known as neoadjuvant chemotherapy, prior to surgery can result in reducing the size of the cancer. For certain subtypes of breast cancers such as Her2 positive and triple negative tumours which are more sensitive to chemotherapy, the response can be so dramatic that the cancer have completely disappeared by the time of surgery. Hence by reversing the order of surgery and chemotherapy, we can give patients the option of keeping their breast, rather than undergoing a mastectomy if surgery was undertaken at the onset.

Finally, the emergence of new surgical techniques combining the principles of oncologic and plastic surgery has resulted in the new field of oncoplastic surgery. Careful consideration of factors, such as location of the tumour, size and shape of the breast, scar placement etc., prior to surgery results in optimal cosmetic outcome without compromising cancer clearance. Such techniques involve filling the defect left after removing the cancer by adjacent healthy breast tissue or other nearby tissues such as fat or muscle. Another method called fat filling involves extracting fat from other parts of the body such as abdomen or thighs and injecting it into the affected breast.

For some patients, particularly those with extensive or multifocal disease, mastectomy remains the best surgical option. However, they no longer have to lose a breast completely nor permanently. Post-mastectomy breast construction is a proven technique which has become increasingly popular. Early concerns of it being a longer and more complex procedure has restricted its use to young and healthy patients. Nowadays, the improved surgical expertise together with advances in post-operative care have made this a good option in virtually all breast cancer patients.

Briefly, the affected breast is removed by the breast surgeon through a small, well concealed incision while preserving the overlying skin and nipple. The breast is then reconstructed by the plastic surgeon using either the patient’s own tissue, i.e. autologous flap, or an implant, or both. Autologous muscle-based flaps are harvested from the back (latissimus dorsi flap) or abdomen (rectus abdominis flap). More advanced, muscle sparing techniques are also available, the most common being the DIEP (deep inferior epigastric perforators) flap. Performing the breast reconstruction immediately after a mastectomy is the most convenient and cosmetically pleasing option.

Women who carry have genetic mutations, such as BRCA gene mutation, which predispose them to developing breast cancer, prophylactic or preventive bilateral mastectomy with reconstruction reduces the risk of breast cancer by over 90% while providing a high quality of life.

An integral component of breast cancer surgery involves checking the lymph nodes under the armpit, or axilla, to determine if the cancer has already spread.

In the past, this would mean that all the lymph nodes are removed at the time of the surgery, a procedure known as axillary lymph node dissection. This was done regardless whether there was any evidence of spread at the time of diagnosis. In retrospect, this was unnecessary in 80% of patients with early breast cancer as there was evidence of no spread to the lymph nodes on histological examination. Even worse, patients often are left with permanent arm swelling (lymphoedema), numbness, stiffness of the shoulder and risk damage to the nerves and blood vessels of the arm.

Since then, the use of sentinel lymph nodes biopsy has been expanded further. For instance, in patients undergoing lumpectomy who have no more than 2 involved lymph nodes, an axillary lymph node dissection is no longer deemed necessary as the radiation given after surgery is enough to minimise the chance of tumour recurrence. Another example is the use of sentinel lymph node biopsy in patients with proven lymph node metastases at diagnosis, but showed excellent response to neoadjuvant chemotherapy.

Future of surgery…or the lack of it

In this age of disruptive innovation affecting every facet of our lives, the practice of medicine and surgery will not be spared. The current trend of ‘less is more’, reducing the extent of surgery while improving patient outcome, is relentless and quickening. In fact, we are already witnessing the beginning of the end of surgery as a treatment option for breast cancer patients. 3 prominent examples provide a tantalising glimpse into a ‘surgery-free’ future.

Ongoing clinical trials on both side of the Atlantic, namely the COMET and LORIS studies involve treating patients with hormone sensitive, non-invasive or in-situ breast cancer with hormonal therapy alone. Prior to these trials, there are already proponents of a more conservative approach to treating in-situ breast cancer, as the main purpose of treating such conditions is to prevent it from developing into an invasive cancer. Still others felt that such cancers were the result of over diagnosis following widespread breast cancer screening. They argued that without screening, these indolent tumours would have remained undetected and yet never lead to an adverse outcome.

As mentioned earlier, we now know some breast cancer sub-types are exquisitely sensitive to chemotherapy, with complete responses increasingly possible given the advent of more effective drugs. Currently, surgery is still considered mandatory to ensure that all remaining cancer cells, if any, are removed after chemotherapy. With improved methods of imaging and biopsy, early feasibility studies are ongoing to determine if any remaining cancer can be accurately tested after chemotherapy using minimally invasive biopsy techniques. In cases where no residual cancer are detected, surgery could soon prove to be a thing of the past.

The third example examines if we can completely abandon any surgery for axillary lymph nodes. The ongoing SOUND clinical trial conducted in Italy hopes to prove that accurate pre-operative ultrasound, with the use of fine needle biopsy of axillary lymph nodes if necessary, prior to surgery for early breast cancers can safely replace the need for sentinel lymph node biopsy. The findings of this study are expected to be announced in the next couple of years.

Surgery continues to be a critical step in the treatment journey of breast cancer patients. We are witnessing a trend towards performing smaller and better timed surgery to provide durable cure while minimising avoidable complications. There is also increasing emphasis on optimising cosmetic outcomes which improve psychological well being. Finally, surgery may be completely avoided in the future if current clinical trials prove successful.