Female breasts are designed to produce milk. Each breast has many milk-producing glands arranged in 15 to 20 sections called lobes.

These glands and lobes are linked by milk ducts that lead to the nipple located in the centre of a dark area of skin called the areola. Fibrous tissue and fat surround these lobes and help give the breasts their structure and shape.

Groups of lymph nodes are found in the armpit, above the collarbone and in the chest. These lymph vessels and lymph nodes are part of the lymphatic system. The lymph nodes house white blood cells called lymphocytes, which are able to remove bacteria, viruses and other foreign particles in the lymph before it is returned to the blood. They also produce antibodies to help the body in fighting infection. 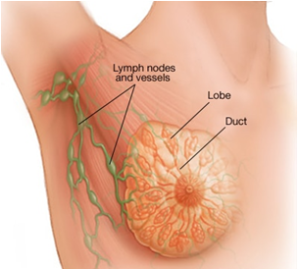 Anatomy of the breast

Our breasts go through many changes during our lives. Most of these changes are quite normal and are due to the fluctuating levels of reproductive hormones in our breasts. These may include pain and/or swelling, a lump or general ‘lumpiness’, nipple discomfort or fluid from the nipple.

Although most of these changes are benign (noncancerous) and considered normal, they can make us very anxious and concerned as cancer can have some similar symptoms such as a lump.

HOW TO PERFORM BREAST SELF EXAMINATION

1. Look for changes in front of a mirror 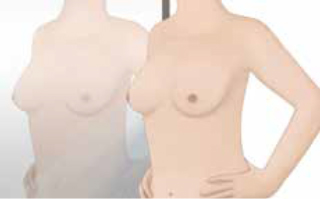 In each position, turn slowly from side to side and look for:

2. Feel for the changes lying down 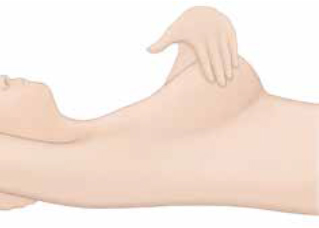 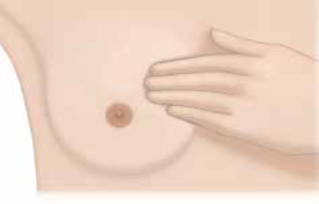 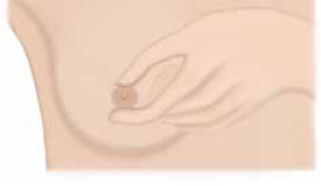 3. Look for bleeding or discharge from the nipple