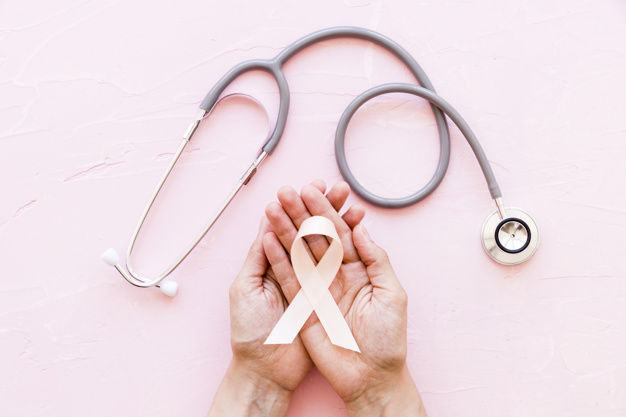 Breast cancer is the commonest cancer among women in the world today. In Singapore, the incidence of breast cancer continues to climb. Currently, it is estimated that 1 in every 11 women here will develop breast cancer in her lifetime.

But it is certainly not all doom and gloom. Through the twin effects of heightened public awareness of breast cancer as well as the advancement in medical treatment, we have been able to improve the cure rates by at least 50% in the last 30 years.

One of the best ways to detect breast cancers early is to go for regular screening. We encourage women above 40 years old to have annual breast screening, while those above 50 years old should do it every two years.

The preferred method is still the mammogram which uses low-dose X-rays to create images of the breast. In most Asian women, however, the breast tissue tends to be very dense and hence conventional mammogram may miss small lesions. Nowadays, with the availability of 3D mammogram, also known as digital breast tomosynthesis, we can improve the accuracy by as much as 50%. Furthermore, ultrasound of the breasts can be added on to mammogram to further improve the detection rate.

The era of de-escalation – ‘Less is more’

The detection of more early stage breast cancers has led experts around the world to re-think the way we treat our patients.

While the traditional methods still work very well, they often come at a heavy price in terms of side effects and possible complications, some of which may be long lasting or permanent. More recently, newer alternatives have emerged and has proven to be just as effective as conventional methods, but are far more convenient and carry less morbidities for our patients.

Indeed, we are now firmly in the era of de-escalation of treatment, where doing less treatment translates to more benefits for our patients.

Surgery is considered the primary treatment for breast cancer, especially in the early stages.

For many years, mastectomy or removal of the whole breast was deemed as necessary in order to cure breast cancer.

However, we now have over 40 years of strong supporting evidence that a lumpectomy, i.e. removing the tumour together with a margin of healthy breast tissue, is at least as effective as a mastectomy. Following lumpectomy, most patients will require a course of radiation therapy to the affected breast. The combination of lumpectomy with radiotherapy is commonly known as breast conservation therapy.

Being able to keep the breast goes beyond just cosmetic considerations. It is just as important to look after a patient’s psychological well-being while we cure them of a physical illness like breast cancer. In my opinion, preserving a good body image often helps patients during their treatment process and also to adapt to life as a cancer survivor.

Cancer surgery involves not only the complete removing of the tumour, but also removal of the surrounding lymph nodes. This is because cancer can spread via the lymphatic system to these lymph nodes. In breast cancer surgery, this procedure is known as an axillary clearance, in which most of the lymph nodes in the armpit are removed. However, there is a risk of lymphedema or swelling of the arm which is permanent and potentially disabling. Other side effects include shoulder stiffness, numbness and pain.

Only 1 in 5 patients with early breast cancer will have lymph node involvement. Hence, it is clear that an axillary clearance is not necessary for the majority of patients.

The greatest fear among most patients diagnosed with cancer is having to undergo chemotherapy, mainly due to the significant side effects. These include suppression of the immune system, as well as damage to the heart and nerves. Nevertheless, chemotherapy is often still recommended for many breast cancer patients, especially those with more aggressive forms of the disease.

A major development has been the discovery of genomic tests such as Oncotype Dx and Mammaprint. These tests check for specific genes in cancer cells, and are able to accurately predict the chance of the cancer recurrence. Patients who are deemed at low risk of recurrence will not benefit significantly from the addition of chemotherapy in their treatment plans.

These tests are generally most applicable to patients with small cancers which have not spread to the lymph nodes or other distant organs.

Less or no radiotherapy

Radiotherapy is often used to minimise the risk of locoregional recurrence, that is, the chance of cancer coming back to the breast, chest wall or armpit. For early breast cancers, the most common indications are after a lumpectomy (see earlier section on breast conservation therapy), or if the lymph nodes are affected. Radiotherapy has to be given in small, daily fractions over several weeks. While the side effects such as skin burn is generally well tolerated, patients often feel that the treatment is too long.

In recent years, several methods of radiotherapy collectively known as accelerated partial breast irraditation (APBI) have emerged which have significantly shortened the treatment period, ranging from under an hour to one week. In carefully selected patients, these newer modalities are able to provide effective disease control which is similar to conventional radiotherapy.

There is even better news for older patients above the age of 65. It has been shown that for this group of patients, radiotherapy may be completely omitted if the cancer is of a slow growing nature and has not spread to the lymph nodes.

The outlook for patients diagnosed with early breast cancers is very favourable. While it is still necessary to undergo one or more types of treatment to get the best outcome, patients may be suitable for treatment options which are much more convenient and well tolerated. Indeed, being diagnosed with cancer does not mean having to bear with the scars of the disease nor the treatment. As one of my patients puts it, ‘This (cancer) is not a roadblock, but a small speed bump in my life.’