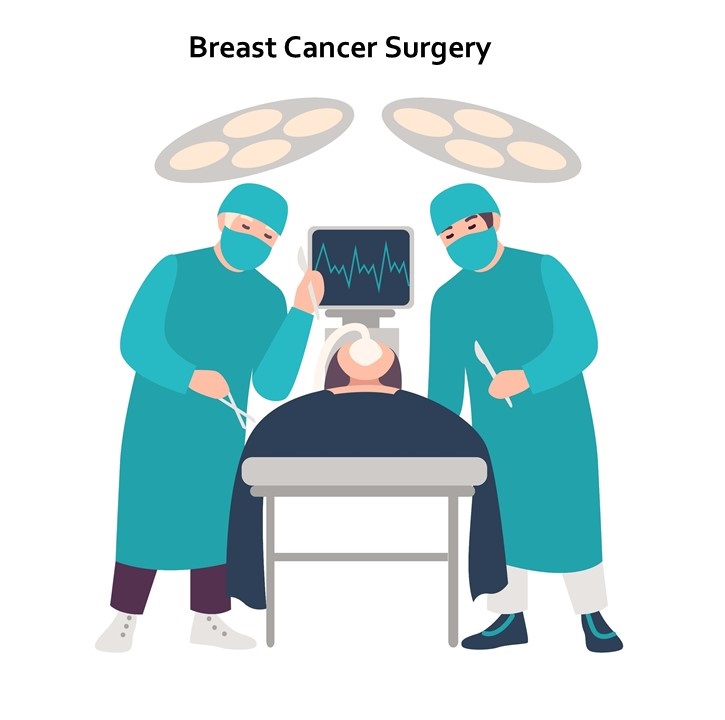 Most women with breast cancer have some type of surgery as part of their treatment. There are different types of breast surgery. Your doctor may recommend an appropriate operation based on the size and stage of your cancer, your other treatment options, and your goals and preferences.

There are two main types of surgery to remove breast cancer:

For many years, mastectomy or removal of the whole breast was deemed as necessary in order to cure breast cancer.

However, we now have over 40 years of strong supporting evidence that a lumpectomy, i.e. removing the tumour together with a margin of healthy breast tissue, is at least as effective as a mastectomy. Women with early-stage cancers can choose between breast conserving surgery (BCS) and mastectomy.

The advantages of BCS are:

Surgery to Remove Nearby Lymph Nodes

Cancer surgery involves not only the complete removing of the tumour, but also removal of the surrounding lymph nodes. This is because cancer can spread via the lymphatic system to these lymph nodes. The two main types of surgery to remove lymph nodes are:

Surgery to Reconstruct a Breast after Mastectomy

Many women having surgery for breast cancer might have the option of breast reconstruction. A woman having a mastectomy might want to consider having the breast mound rebuilt to restore the breast’s appearance after surgery. In some breast-conserving surgeries, a woman may consider having fat grafted into the affected breast to correct any dimples left from the surgery. The options will depend on each woman’s situation.

There are several types of reconstructive surgery, but your options may depend on your medical situation and personal preferences. You may have a choice between having breast reconstruction at the same time as the breast cancer surgery (immediate reconstruction) or at a later time (delayed reconstruction).

If you are thinking about having reconstructive surgery, it’s a good idea to discuss it with your breast surgeon and a plastic surgeon before your mastectomy or BCS. This gives the surgical team time to plan out the treatment options that might be best for you.